A few weeks ago the crew of the Tanda Malaika crashed onto a reef near the southern tip of Huahine in the Society Islands of French Polynesia. The family of six was rescued by helicopter and their 46-foot Leopard sailing catamaran was a total loss. Indeed, they are required to pay to tow their wrecked boat out to sea. Linus, Janna, and Sophie met the Tanda Malaika crew days before the wreck in Papeete, Tahiti. Linus Wilson talks to the skipper and dad Dan Govatos about the accident.

Subscribe to the Slow Boat Sailing Podcast on Stitcher and iTunes!

Linus outlines three decisions that he believed contributed to the wreck.

Many cruisers in French Polynesia make the first mistake according to Linus, but few pay as steep a price as Mr. Govatos and his family. This is a sad story and our hearts go out to the Govatos family in this difficult time. The podcast’s episode 37 Patreon revenues are being donated to the GoFundMe campaign to help the Govatos/Willis family pay for the sinking of their boat and their flights back to the USA. 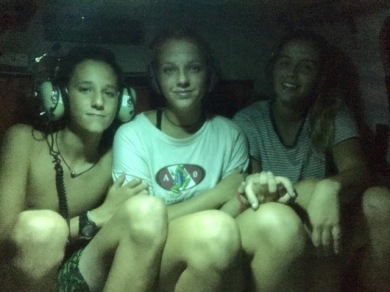 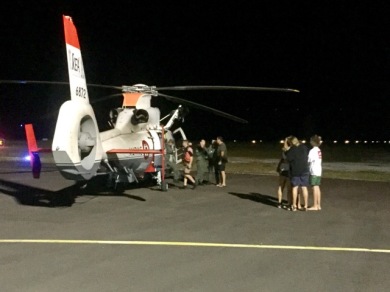 Pictures are reproduced with the permission of Dan Govatos, Adventuresofatribe.com

When they were salvaging the wreck the Tanda Mailaka was on the reef at 16 degrees 49’41” South and 150 degrees 59″41″ West on the southern tip of the reef of Huahine.

Below is a video with Dan and his children filmed just before the shipwreck:

Catch my boat show seminar mentioned in the podcast about my book How to Sail Around the World Part-Time.

Mantus Anchors is our first corporate sponsor on www.Patreon.com/slowboatsailing

We will be running contest where our most loyal Patreon supporters can become part of our crew literally as we explore the paradise islands of the South Pacific.
http://www.Patreon.com/slowboatsailing
Our one Star or Executive Producer patron can join the crew without winning the drawing.
Patrons of the round the world vlog and podcast get bonus podcast episodes and free audiobooks of How to Sail Around the World Part-Time and Slow Boat to Cuba. They get never before released audiobook chapters of Slow Boat to the Bahamas. You can also get access to many podcasts and videos early as a patron.
Slow Boat to the Bahamas,

and
How to Sail Around the World-Part Time

have been #1 sailing bestseller on Amazon.

On the Slow Boat Sailing Podcast Linus Wilson has interviewed the crew of Sailing SV Delos, WhiteSpotPirates (Untie the Lines), Chase the Story Sailing, Sailing Doodles, SV Prism, Sailing Miss Lone Star, and many others.
Sign up for our free newsletter for access to free books and other promotions at http://www.slowboatsailing.com