You will hear why the first English language TV adaptation has the potential to be the next Game of Thrones. Game of Thrones fans are both burned by the disappointing series end and at a loss to find a similar show on TV. The Witcher Netflix fantasy series has the potential to fill that void. It is scheduled to premier in October, November, or December of 2019 on Netflix. The Witcher books were written by by Polish writer Andrzej Sapkowski. 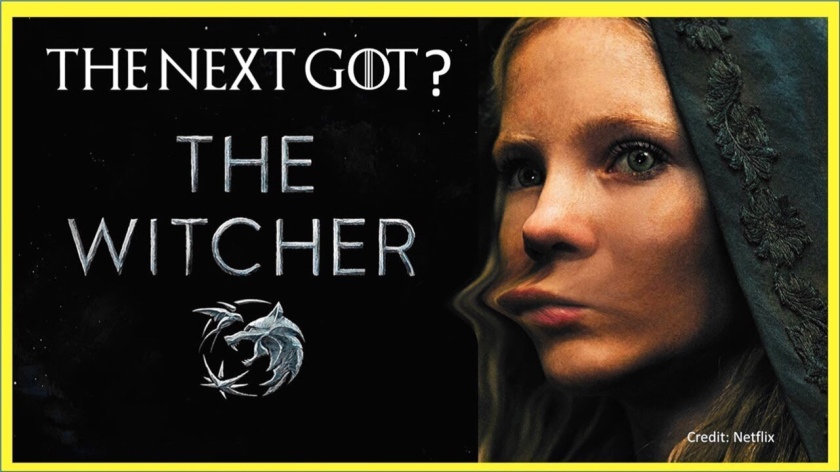 The 5-book Witcher Saga seems to be what the show is based on and not the three prequels because of the apparent age of Ciri in the Netflix promotion photos. The Saga books are:

The Tower of Swallows

The Lady of the Lake

The press release from Neflix PR is below and read in the video:

Along with first look imagery of cast, fans were shown the first look at the series logo along with the teaser poster.

The series is headed to San Diego Comic Con with a panel at 2:15 PM on July 19 in Hall H. Moderated by accomplished actress and host and beloved sci-fi fan Yvette Nicole Brown (“Community,” “Mom”), the panel will include cast members Cavill, Chalotra, and Allan alongside showrunner Lauren Schmidt Hissrich. NX, the @netflix space for everything super, sci-fi, gaming, fantasy, anime, and beyond will be the place for fans to track all news on the series out of the convention on @NXonNetflix Twitter and Instagram handles.

Logline: Based on the best-selling fantasy series of books, The Witcher is an epic tale of fate and family. Geralt of Rivia, a solitary monster hunter, struggles to find his place in a world where people often prove more wicked than beasts. But when destiny hurtles him toward a powerful sorceress, and a young princess with a dangerous secret, the three must learn to navigate the increasingly volatile Continent together.