Fans of The Witcher 3, Wild Hunt video game are up in arms after actress Anna Schaffer appeared as the enchantress Triss Merigold in Neflix’s The Witcher Official Tease, which was released in San Diego Comic Con (SDCC). The Harry Potter actress looked very different than Geralt of Rivia’s love interest in the CD Projekt Red game that has sold over 30 million copies. Over 40 percent of The Witcher 3 gamers favor the mage Triss Merigold over Yennefer of Vengaberg as The Witcher’s primary partner in the game. Yennefer is much more important than Triss in the book series, on which the Netflix TV show is based. The Netflix actress Anna Shaffir does have chestnut hair as in the books despite looking wildly different than the character in the video games. Linus Wilson discusses why understanding the differences in the book story from the games and the differences between RPG and storytelling in TV and books means that the character and actress for Triss will not make or break the TV series. 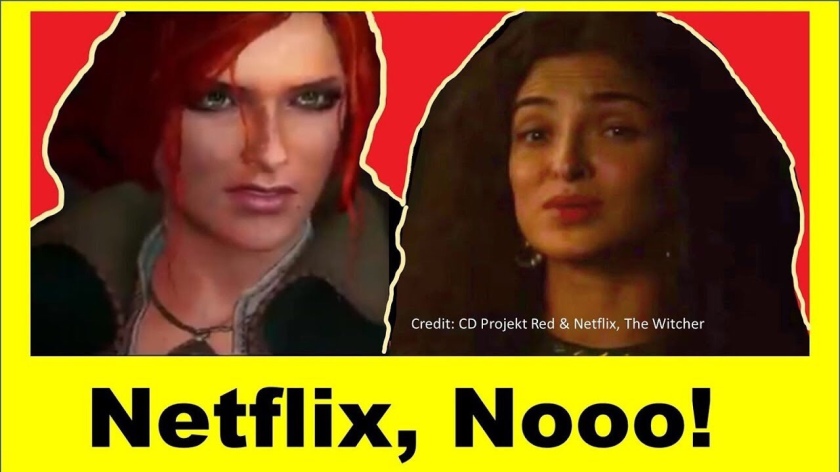 The press release from Neflix PR is below:

Along with first look imagery of cast, fans were shown the first look at the series logo along with the teaser poster.

The series is headed to San Diego Comic Con with a panel at 2:15 PM on July 19 in Hall H. Moderated by accomplished actress and host and beloved sci-fi fan Yvette Nicole Brown (“Community,” “Mom”), the panel will include cast members Cavill, Chalotra, and Allan alongside showrunner Lauren Schmidt Hissrich. NX, the @netflix space for everything super, sci-fi, gaming, fantasy, anime, and beyond will be the place for fans to track all news on the series out of the convention on @NXonNetflix Twitter and Instagram handles.

Logline: Based on the best-selling fantasy series of books, The Witcher is an epic tale of fate and family. Geralt of Rivia, a solitary monster hunter, struggles to find his place in a world where people often prove more wicked than beasts. But when destiny hurtles him toward a powerful sorceress, and a young princess with a dangerous secret, the three must learn to navigate the increasingly volatile Continent together.